A TRIBUTE TO DR. WAYNE MASLER

PAIN RELIEF CENTER of Cerritos, formerly known as BACK IN ACTION of Cerritos and Masler Chiropractic, was founded by brothers Todd and Wayne Masler in 1993.

The Maslers were not only brothers, but the best of friends and business partners.  They did well together and managed to keep a successful and thriving practice with the help of their great staff.  Their testimonials speak for themselves.

Throughout this time, Dr. Wayne battled cancer for 11 years and beat cancer 3 times.  On October 8, 2010, Dr. Wayne received a gift from his bone marrow donor, Danielle Marcos, which helped him win his battle against Acute Myeloid Leukemia.

As a transplant recipient, Dr. Wayne had a weak immune system due to immunosuppression to prevent rejection of his transplant.  On May 1, 2016, Dr. Wayne lost his fight to an infection.

Dr. Wayne was a fighter, lived with a very positive spirit, and was an inspiration to all who knew him.  He was a loving husband, father, brother, brother-in-law, son, uncle, cousin,  nephew, and dear friend.  He was Dr. Wayne, who did what doctors do best; help people. 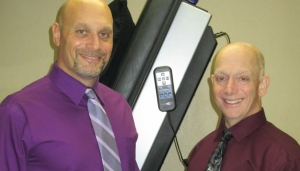 We extend our condolences to the Masler family during this difficult time.  Dr. Wayne will be terribly missed and will forever be in our hearts.  We love you Dr. Wayne.

~ The Staff at PAIN RELIEF CENTER of Cerritos

“God looked around His garden, and found an empty space.  Then he looked down upon this earth, and saw your tired face.  He put His arms around you, and lifted you to rest.  God’s garden must be beautiful, He only takes the best.”

We are temporarily on vacation

However, we may be able to refer you for nearby treatment.